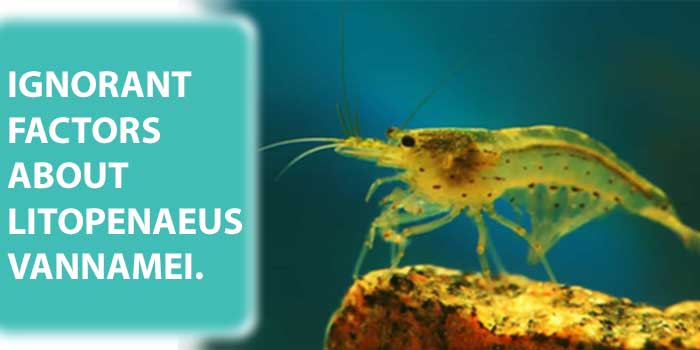 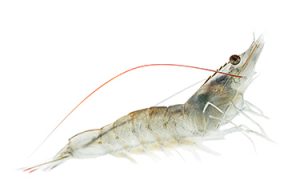 Litopenaeus vannamei (L.vannamei) is a decapod crustacean which is native to the eastern pacific coast of central and south America from Tumbes, Peru in the south to Mexico in the north. It has been introduced widely around the world since the 1970’s, but especially since 2000, as it has become the principle cultured shrimp species in Asia. 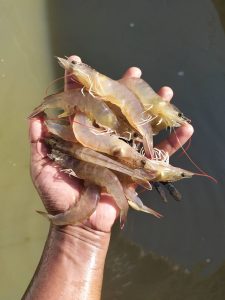 L.vannamei lives in tropical marine habitats. Adults live and spawn in the open ocean, while post larvae migrate inshore to spend their juvenile, adolescent and sub-adult stages in coastal estuaries, lagoons or mangrove areas. Males become mature from 20 g and females from 28 g onwards at the age of 6–7 months. L. vannamei weighing 30–45 g will spawn 100 000–250 000 eggs of approximately 0.22 mm in diameter. Hatching occurs about 16 hours after spawning and fertilization. The first stage larvae, termed nauplii, swim intermittently and are positively phototactic. Nauplii do not feed, but live on their yolk reserves. The next larval stages (protozoea, mysis and early post larvae respectively) remain planktonic for some time, eat phytoplankton and zooplankton, and are carried towards the shore by tidal currents. The post larvae (PL) change their planktonic habit about 5 days after molting into PL, move inshore and begin feeding on benthic detritus, worms, bivalves and crustaceans.

The color of L.vannamei is typically translucent-white. The body can display a bluish hue that is due to a predominance of blue chromatophores which are concentrated near the margins of the telson and uropods. Color variations are also shown in cases of nutritional deficiencies. The legs of L.vannamei can often appear white; hence the common name, white-legged shrimp. 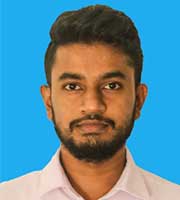